Mine is famous – at least in these parts. By moose I mean mousse. And by mine I mean handed down to me by mother. At its best it’s light and creamy at the same time, rich but not too rich. The most delicate, palest shade of brown. And also, it’s non-dairy. Which is essential not only for those who are lactose-free, but also for the kosher kids who don’t eat dairy after that yummy brisket, or roast lamb, or honey-lemon chicken. First rule of keeping kosher: never mix meat and milk. Like ever. (Well maybe that’s the second rule – the first would probably be to eat only foods that are certified kosher!)

Dishes prepared without dairy or meat are called pareve (pronounced pa-rev) in the Jewish world. My chocolate mousse is perfectly pareve, and is often a highly anticipated dessert at holiday meals and festive Shabbat dinners, when the menu most always includes a meat of some kind. We celebrate most holidays and many Shabbats with my dear friend L and her family, and both her oldest daughter and her father have come to expect chocolate mousse – no matter what, whether at my house or hers.

At its worst (is there such a thing?), the color is a little off and the chocolate flavor is a little too intense – but nobody ever complains of too much chocolate! Sometimes the dark chocolate pieces don’t melt all the way through or it’s not mixed uniformly – again, little to elicit a negative response or even much notice.

There are other dishes I’m “known” for around here: a salad dressing that’s been described as “crack”, meat pies (also from my mom), pound cake (called minute cake in SA, this one’s from the International Goodwill Recipe Book, and enhanced by my late grandmother), raspberry tart (a favorite with L’s second daughter – those two girls think I’m the dessert queen, it’s fabulous!), “South African” cabbage salad (I’m not sure why but Jewish South Africans seem to be the only people who make cabbage salad this way in the U.S.).

My point is, while I’m certainly no cook extraordinaire, I can follow a recipe, get a little creative sometimes, and produce dishes that are tasty and even worthy of request.

So it was hard to hear that last Thursday night I produced “the worst meal” I’ve ever made. I quote.

He didn’t say it to be mean. Or critical. He said it because it was true. And he didn’t say it until I acknowledged what a god-awful meal it was. I’m reluctant to even call it a meal.

It was supposed to be spaghetti and meat sauce. A dish I make all the time. The kids ask for seconds and there are never leftovers. But too late I realized I didn’t have any of the tomato ingredients I needed, and I didn’t feel like getting creative right then. Whatever I did, or didn’t do, resulted in an inedible, almost indigestible mistake.

My family is really not that fussy about food – they just like to have food they can eat. Not only at meals, but all the time. “Eat a banana” is my mantra, as we run out of yogurt, cheese, frozen waffles, pretzels, cookies faster than I can replenish. As of right now, we are also out of bananas. Oh well.

So they all tried to eat that spaghetti and… um… meat thing. But as soon as I put my own fork down and announced that it really wasn’t very good, their relief was palpable. “I think this is the worst meal you’ve ever made,” my husband said. I prefer to think he meant the only bad meal I’ve ever made, but he was right. Cereal, frozen waffles and bananas for all that night.

The good thing is we have a barometer now! And I don’t think it can get worse than that meal – which takes the pressure off, for all of us (because those children will start cooking in the very near future – especially if they’re as starving as they claim to be and want more than a banana).

And my chocolate mousse is definitely more memorable. Yum!

*This post was written as part of the April A to Z Challenge. To read more of my A to Z posts click here. 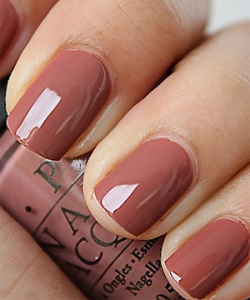